Everywhere we look—on television, social media and various news formats, there are crimes, suspects, arrests, investigations, witnesses, and citizen journalists posting videos of alleged wrongdoing.  Through all of the uncertain activity, everyday citizens are left to wonder: what next in the legal process?

How does the legal system protect my family and me? How will justice be served?  Through a series of posts, we will explore the legal process and create greater understanding about the behind the scenes procedures known as due process, or the legal requirement a state has to respect the rights of the accused.

Before I answer the questions above, let me offer a bit of background.  The legal process is established by local, state and national statutes and by its very nature is intended to leave no stone unturned—and as a result is also extremely complex.

*Once an alleged crime is committed and reported, there are five most common steps that take place before a case goes to trial:

*Outlines a general process that may vary from state to state 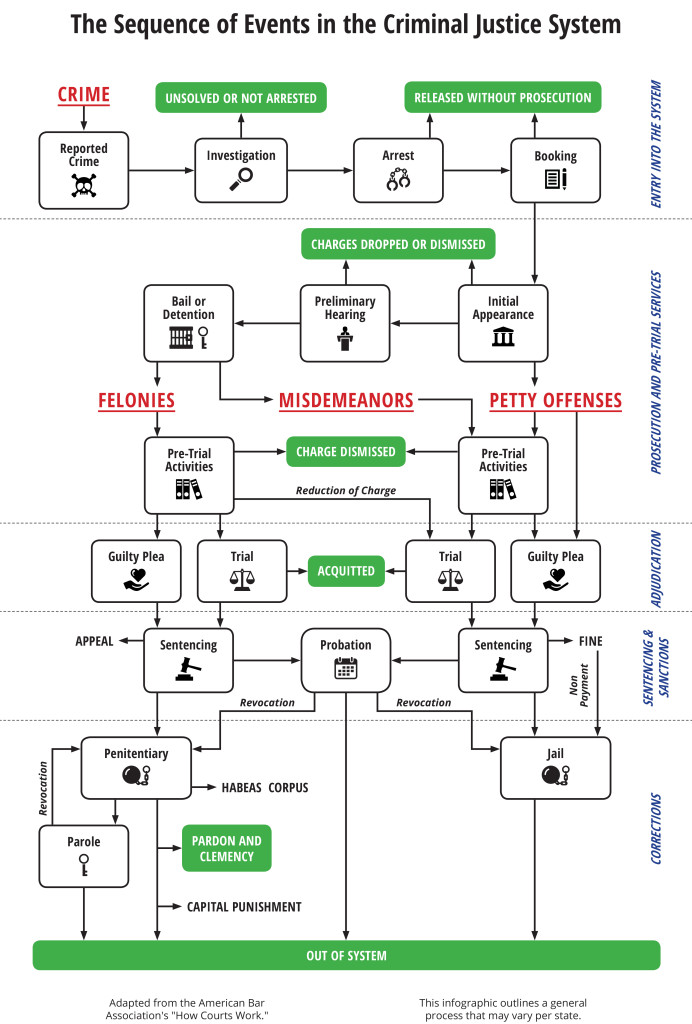